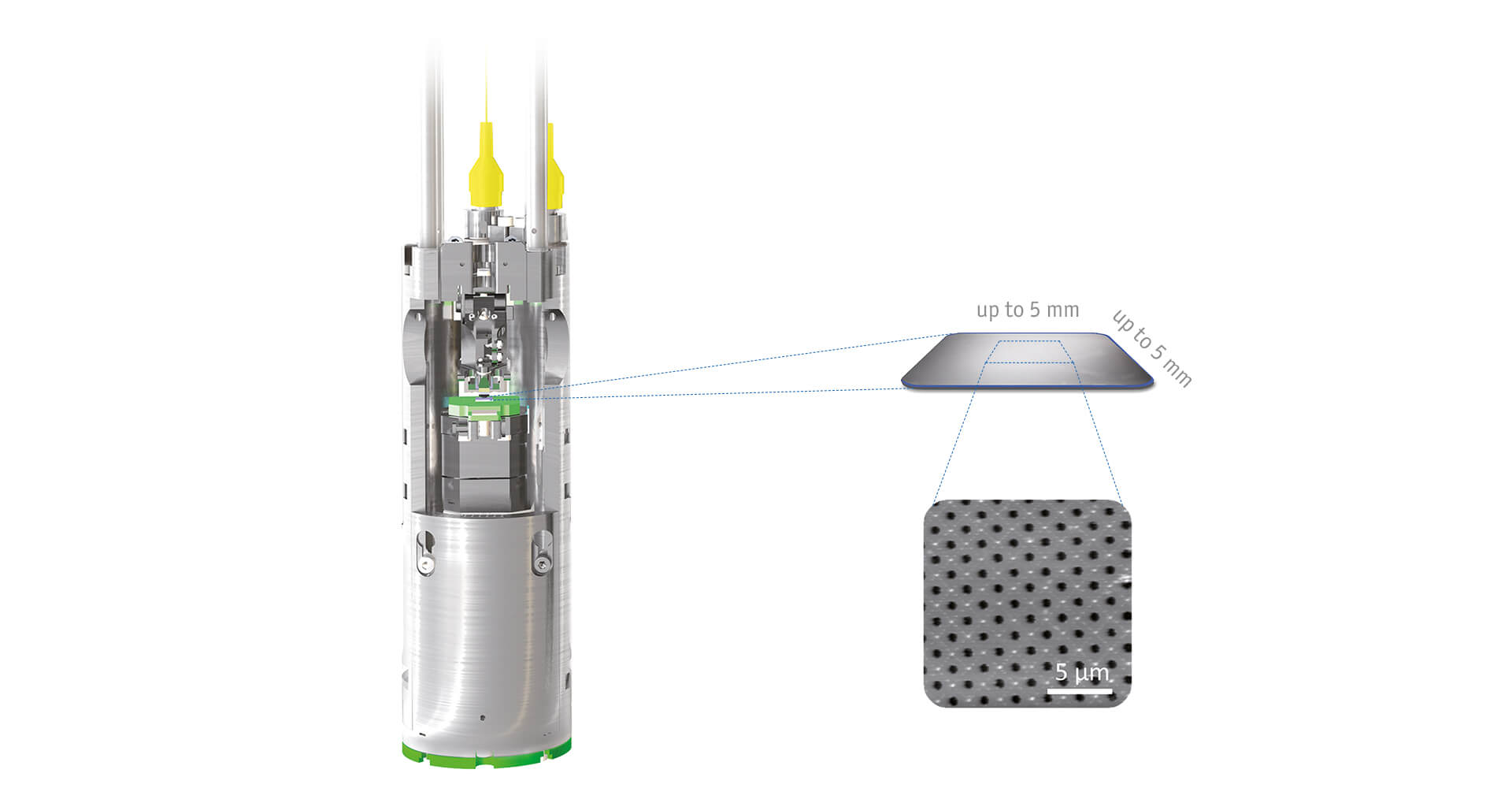 Science and technology delve deeper and deeper into the nanoworld. In particular, scanning probe & confocal microscopy have been concerned with features on the nanoscale ever since its invention. Reliably scanning over tens of micrometers range down to a few hundred nm is comparatively easily achieved by using piezo based scanners.

However, using piezo-based scanners usually relies on the assumption that the relation between applied voltage and displacement is linear. In reality, most scanners show large non-linear behaviour and hysteresis, especially for large scan ranges. Creep, i.e. drift in position after approaching a certain location, is a further phenomenon which is common to all piezo scanners.

In many experiments, reproducibly locating a small feature on a surface is crucial, and sometimes hysteresis and non-linearity in the acquired image are not acceptable. Sometimes, SPM images need to be evaluated for particularities and for the specific mutual distances of certain features, and hence, any distortions due to those nonlinearities may impede such analyses significantly.

Much more often, however, finding a certain region of interest or a particular feature on a macroscopic sample at all, or retrieving such locations repeatedly is a critical task.

Based on our patented FPSensor, a fiber-based interferometer, our microscopes can now be equipped with position closed loop sensors with featuring a steady-state resolution of down to 1 nm even in a, despite the cryogenic working environment.

At the same time, we implemented a fully digital scan engine in the ASC500 SPM controller, which now features location based data acquisition (as opposed to time-triggered data acquisition on open loop systems). In closed loop mode, this results in perfectly linearized images. The sophisticated scan engine even allows for an adjustment of the scan acceleration to smoothen the scanning motion at the turning points, which can be useful especially for higher scan speeds.

The most useful new features however is that since the FPSensor covers the full 5 mm x 5 mm range of the positioners, the scan widget now contains ‘global’ sample coordinates: usually, the maximum range accessible in closed loop mode is limited by the maximum range of the scanners. If the user wants to scan outside of this area, he can simply use the global sample coordinate system for navigation. To further facilitate this, any measured SPM images can simply be decorated onto the scan widget’s sample ‘canvas’ via drag-and-drop, where they are put exactly at the measured coordinates. Hence, a virtual map of the whole sample gradually evolves within the scan widget.

Retrieving regions of interest on the nanoscale, which has always been extremely difficult and time consuming especially at low temperatures, is now an easy task thanks to this global sample coordinate system. 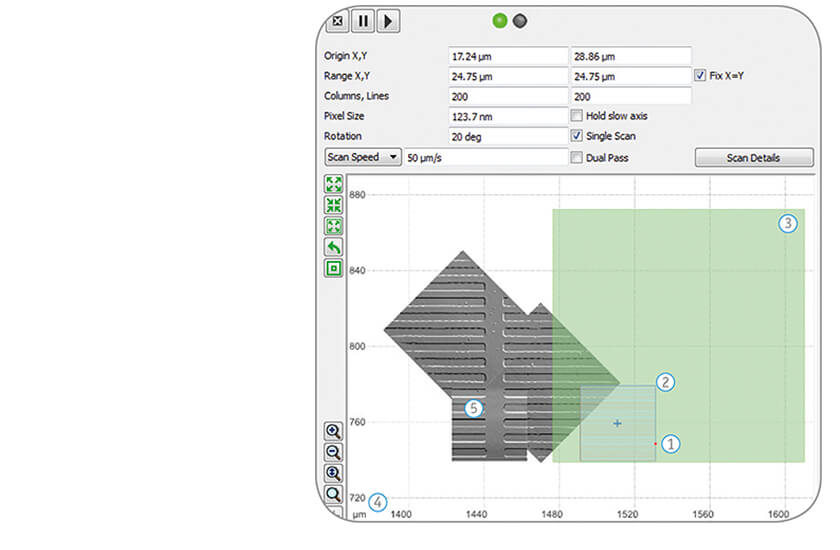 Our attoCFM I LT-lithography setup is not only the best choice when it comes to stability requirements. Its closed loop scanning feature also allows us to optically pre-select quantum dots suitable for desired experiments and mark them in-situ via lithography with nanometric precision.