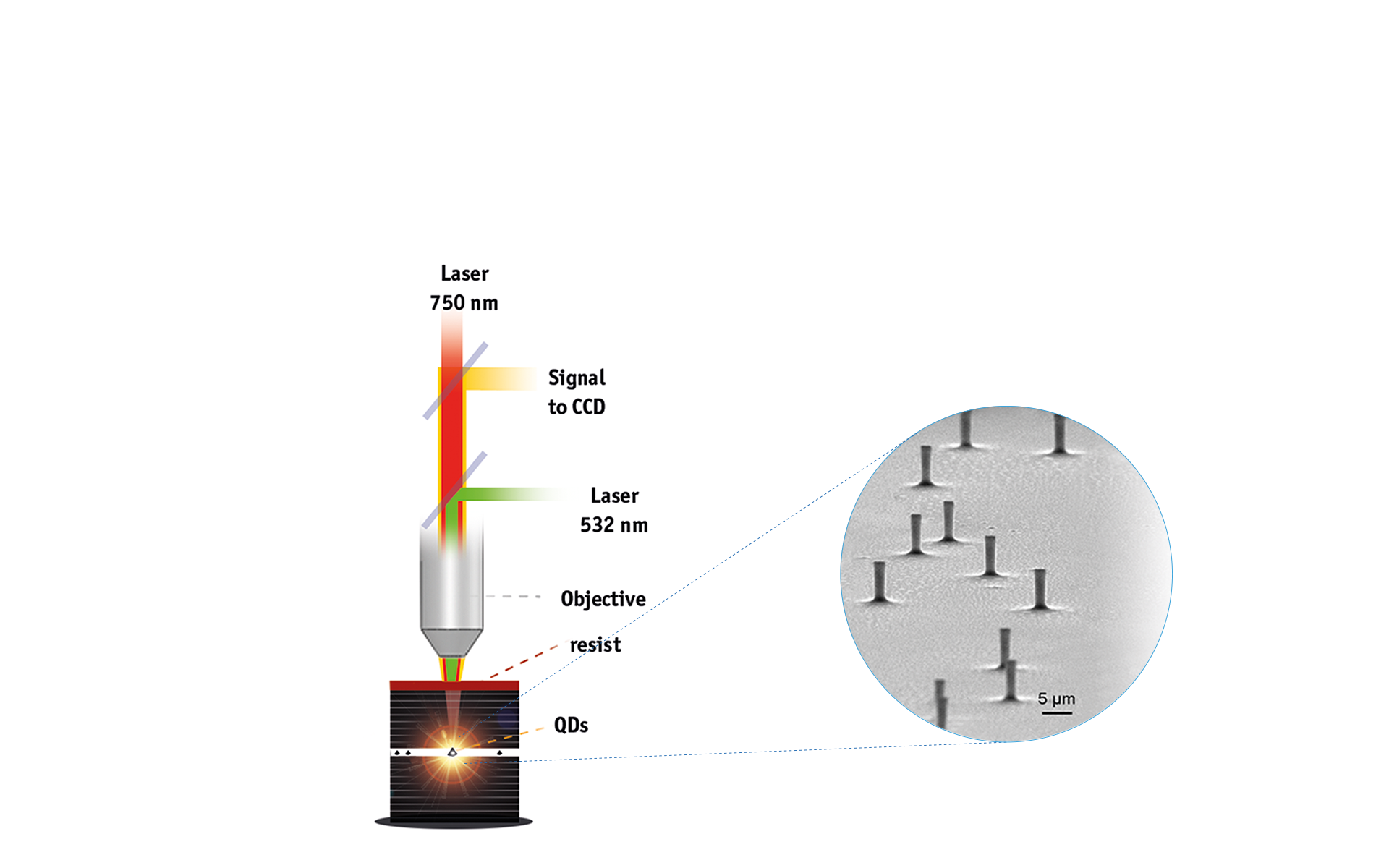 Very sophisticated new techniques in device fabrication have greatly benefited from the possibility of cryogenic in-situ optical lithography. For example, to manufacture microcavities around single quantum dots, an appropriate photoresist has to be exposed while the luminescence signal of those single quantum objects is monitored, which requires cryogenic sample temperatures. The French group around Dr. Pascale Senellart at the Laboratory for Photonics and Nanostructures at CNRS has pioneered this technique by combining confocal microscopy with in-situ optical lithography at low temperature. This way they managed to embed a single quantum object into a lithographically designed device with a yield approaching 100%. Prior to this revolutionary technique, hit rates rarely exceeded 1:10000, making previous approaches pain staking and inefficient. Based on their remarkable work [1-4], attocube is now offering a commercial three channel cryogenic confocal microscope, capable of similar high yields. Using the attoCFM I with three channels, low temperature quantum devices such as quantum dots can now be individually selected and addressed using their photoluminescence fingerprint. A sophisticated closed loop control system allows users to determine (and relocate) the position of each quantum device with a repeatability better than 10 nm.

While two channels are used for laser excitation and detection of the quantum dot emission, a second laser – connected to the third channel – allows lithography tasks on the nanometer scale at the location of the previously located quantum device. This technique allows the researcher to create pillar-shaped micro cavities or other sophisticated structures around the quantum dot. In fact, Dr. Senellart has recently received the 2014 Silver Medal of Physics from the CNRS for her pioneering work. The joint development of the “cryogenic scanning stage laser litho- grapher” has resulted in a heavily used instrument in her laboratory. This has helped to boost the production of quantum dot based quantum devices for research purposes. Many researchers in the world are currently benefiting from this device production. 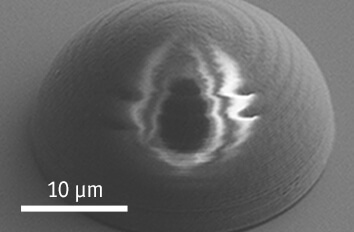