The small size of specimens often imposes significant challenges for preparation and testing. To overcome these difficulties, Prof. Horacio Espinosa’s group at the Mechanical Engineering Department in Northwestern University, USA, has developed a microelectromechanical system that allows mechanical testing of nanowires (see left figure). The system is capable of simultaneous four-point electrical measurements, therefore enabling piezoresistivity and -electricity measurements.
In order to mount the silver nanowires, they employed an attocube nanomanipulator, composed of three stacked ECS3030 positioners, one for each axis of movement. The nanomanipulator is positioned inside an SEM chamber and interfaced to the ECC100 piezo-controller outside the chamber.

This measurement was realized with the ECSx3030/Al/RT. 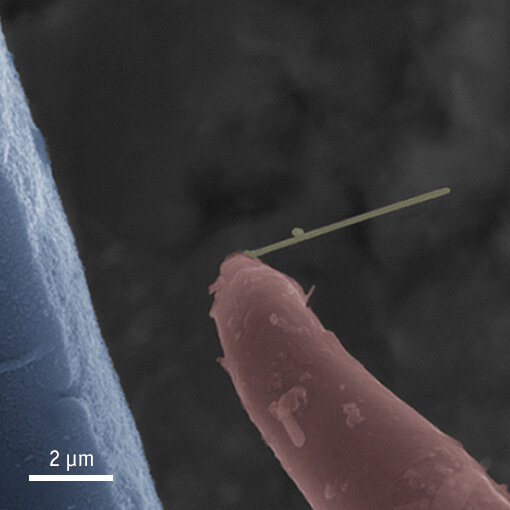 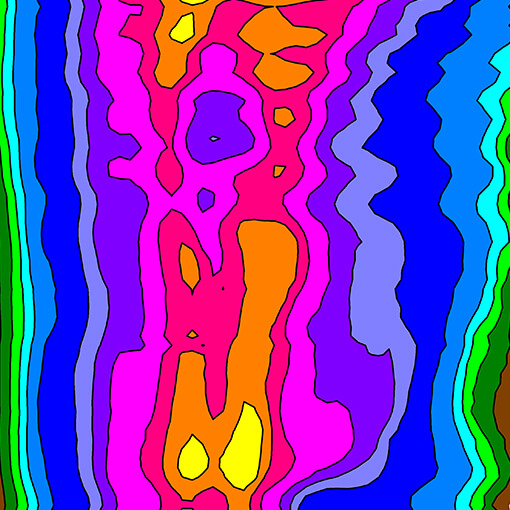 In many research and industry applications, ultra-precise and contactless surface analyses are a key factor in order to guarantee the quality of the material under investigation, as well as to detect even the tiniest contour deviations of the material.
Especially when measuring on micron-sized objects, accurate alignment of the sensor head can be very difficult. With attocube’s fiber-based interferometer and the newly introduced D12/F2.8 sensor head, these measurements can now be performed easily.

Further reading:
3D Profilometry of Micrometer Sized Cylinders made with the displacement sensor 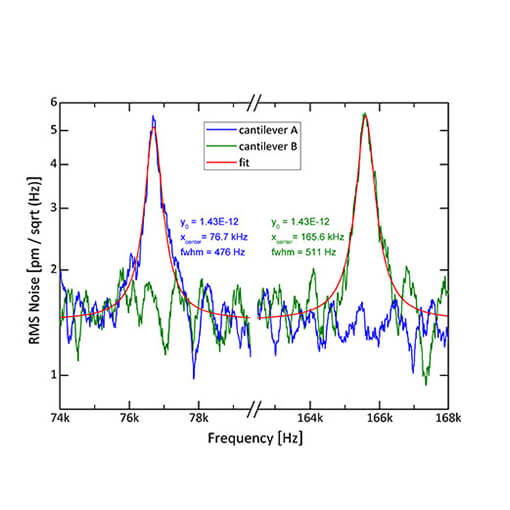 Frequency analysis is a standard method to study demanding applications and measure the frequency dependent mechanical motion of e.g. micro- or nanomechanical systems (MEMS / NEMS). Measuring vibrations with amplitudes of only few picometers is very challenging, exceeding the capabilities of other commercially available measurement techniques.
To demonstrate that attocube’s fiber-based Displacement Sensor (IDS) not only has high-resolution but also a very low noise floor, we measured the resonant vibrations of micro-sized cantilevers which were excited only by their thermal energy at ambient conditions.

This measurement was realized with the Displacement Measuring Interferometer, and the .

Interstellar travel is one of mankind's biggest dream. An ongoing and so far unanswered challenge is the search for an engine, capable of accelerating a rocket to a velocity, which allows us to reach the next star within a lifetime. The basic concept is that for the acceleration no huge trust is necessary as long as it can be supplied continuously throughout the whole travel. A key element of the quest is a propellantless engine, in other words, one that is not based on a momentum generated by ejecting some material, the propellant.
The two currently most researched ideas are the EMDrive and the Mach-Effect Thruster. So far there is no convincing experiment that proves or disproves either concept. A crucial element of this research is a tool to measure extremely small forces (the thrust generated by an experimental sized engine) in a perfectly isolated environment, where all other effects can be eliminated.
The Group of Maxime Monette is developing one such setup by putting a ultra-precise torsion pendulum into a large vacuum chamber and measuring its movement with pm resolution using attocube's IDS3010 interferometric displacement sensor, as shown on the picture. Thanks to their clever design and the pm resolution of the IDS3010 they were able to achieve sub-Nanometer resolution in a UHV environment without introducing any electronic or mechanical noise.