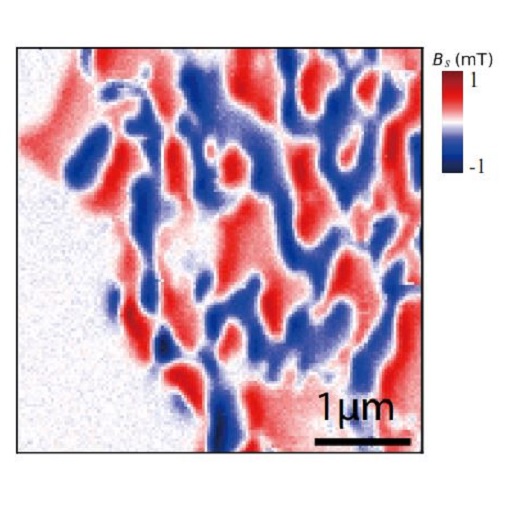 As a suitable playground for designing desired materials properties, van der Waals materials (vdWM) have been acquiring a lot of attention in recent years. Magnetic vdWMs are particularly appealing because of potential spintronics applications. The group of Jörg Wrachtrup (University of Stuttgart, Germany) has studied domain wall dynamics in atomically thin CrBr3, as a function of magnetic field, by means of cryogenic nitrogen-vacancy (NV) magnetometry. By implementing this rather new scanning technique with the quantum sensor (NV center), they have reached nanoscale spatial resolution which in turn enabled identifying the pinning centers, and have quantitatively determined magnetization in CrBr3. Their results have been achieved by the help of an attoAFM/CFM microscope in an attoLIQUID1000 cryostat. Their work proves that scanning NV magnetometry is an excellent tool for exploring 2D magnets. 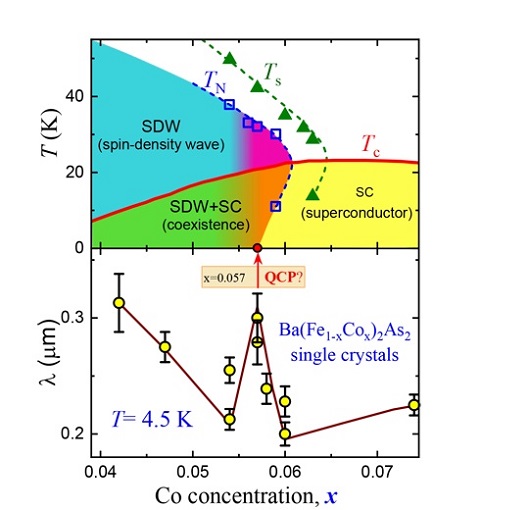 Unconventional superconductors (UCS) stand in permanent focus of physicists hoping to harness high-temperature superconductivity, and thus paving the path towards more affordable and sustainable energy usage in future. Elucidating the interplay between antiferromagnetic quantum phase transition (QPT) and superconducting state is crucial for understanding the UCS.
Experimentally this interplay is usually probed from the normal-state side. The group of Ruslan Prozorov (Ames Lab, USA) probed it from the superconducting side via measurements of the London penetration depth λ in a class of iron-pnictides by performing NV magnetometry with an attoAFM/CFM in an attoLIQUID1000 cryostat. Their results reveal a peak in λ coinciding with QPT, which unexpectedly speaks in favor of an universal QPT in iron-pnictides, irrespective of the disorder level.

Van der Waals materials (vdWM) attract a lot of attention in the last years, because they have proven to be rewarding when it comes to designing desired properties. Yet, among vdWM there is a scarcity of magnetic materials, which would potentially be technologically useful for e.g. data storage or sensorics. Chromium-triiodide (CrI3) is one of the rare vdWM that exhibits intrinsic magnetism.
The Quantum Sensing Group of Patrick Maletinsky at the University of Basel (Switzerland) made a breakthrough in understanding its properties: using scanning nitrogen-vacancy magnetometry (NVM) they determined magnetization in CrI3 monolayer to be ≈ 16 µB/nm2.
Furthermore, they measured comparable magnetization values in multilayers with odd number of layers, and no magnetization in multilayers with even number of layers, which has been attributed to antiferromagnetic coupling of individually ferromagnetic layers. Their results have been achieved by the help of an attoAFM/CFM microscope in an attoLIQUID1000 cryostat. Quantitative study of van der Waals magnets is a prerequisite for exploring application potential of this novel class of nanomagnets, and NVM renders an excellent tool for it. 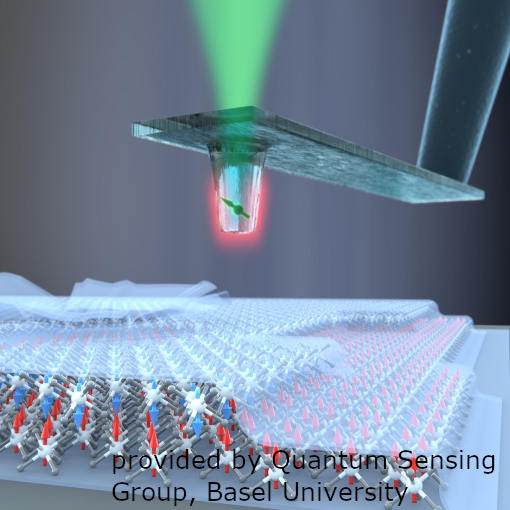 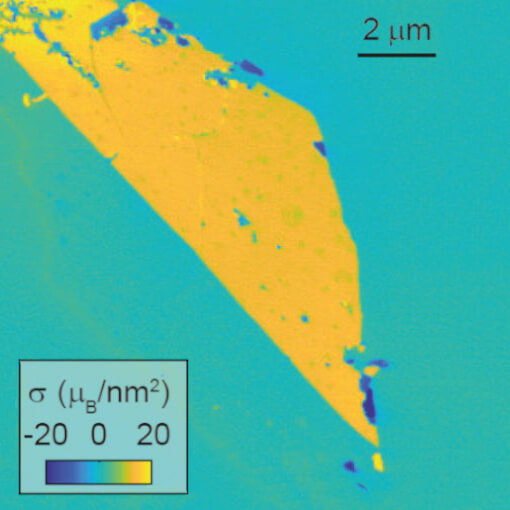 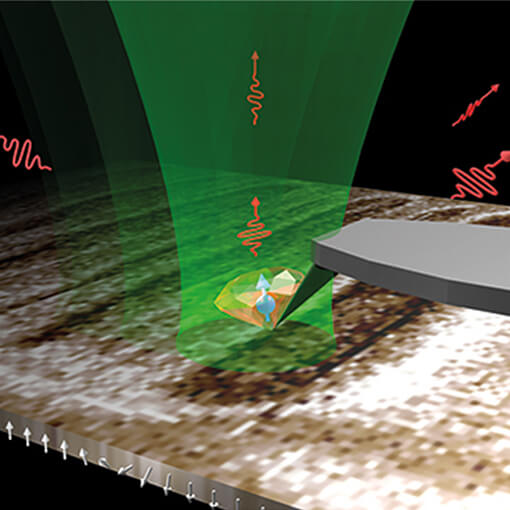 Domain walls in magnetic wires may prove useful for future spintronic devices, and hence their nanoscale characterization is an important steps towards useful applications. As demonstrated by the group of Vincent Jaques in Science, their NV center microscope based on the attoAFM/CFM allows to image domain walls in a 1 nm thick ferromagnetic nanowire with high resolution as well as jumps between pinning sites of individual domain walls. At the same time, they showed that the domain walls can be moved along the wire by inducing jumps via local heating due to a high local laser power. Since the domain walls are pinned by nearest pinning site, this allows to probe and image the pinning landscape of the sample quite efficiently. 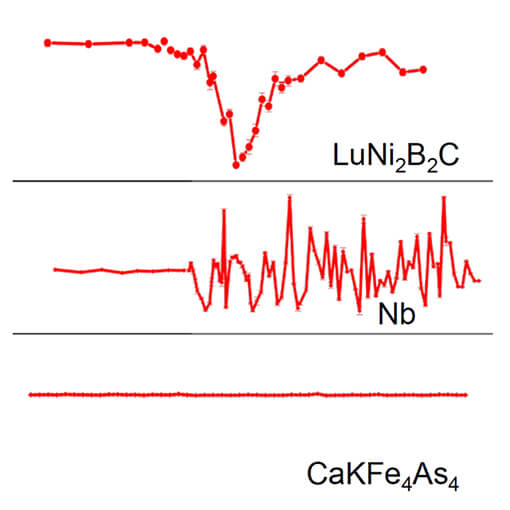 Scientists at Ames Laboratory (US), Ruslan Prozorov and Naufer Nusran, together with graduate student Kamal Joshi succeeded to visualize spatial distribution of the magnetic induction upon penetration and expulsion of weak magnetic fields in several representative superconductors. The experimental setup is based on the Attocube AFM/CFM, a low-temperature AFM combined with a confocal microscope. Attocube’s  high NA low temperature microscope objective is used to optically access the nitrogen-vacancy centers in diamond, which are essentially atomic-scale magnetic sensors.

Given its premier mechanical and thermal stability, the attoAFM/CFM is the ideal platform for nanoscale magnetic imaging employing an AFM tip with a diamond nanocrystal that contains a single nitrogen-vacancy (NV) center [1]-[4]. Local magnetic fields are subsequently evaluated by measuring the Zeeman shifts of the NV defect spin sublevels. In the particular case of NV-center magnetometry, an external microwave field is emitted and tuned in frequency such that local spin resonance occurs. This condition can subsequently be detected by a decrease in photoluminescence intensity of the NV-center, referred to as ODMR (optically detected magnetic resonance). Using a Lock-in and feedback loop technique allows to maintain spin resonance while rastering the sample, allowing to record a local magnetic field map with nanometer resolution.
In this example, magnetic imaging of a hard disk sample with random bit orientation was performed in the group of V. Jacques at LPQM, ENS-Cachan, France. [1]
Example 1 (a,b): Quantitative imaging using ODMR based method with NV-center scanned at d1 = 250 nm above the sample. (a) Schematic of the measurement. (b) Quantitative magnetic field distribution recorded with the lockin technique (13 nm pixel size, 110 ms acquisition time per pixel). The inset shows a line-cut taken along the dashed white line in the image. [1]
Example 2 (c,d): All-optical method with NV center closer to the sample surface. (c) Schematic of the measurement. (d) All optical photoluminescence image (no microwave field applied) recorded with the NV-scanning probe magnetometer in tapping mode (8 nm pixel size, 20 ms acquisition time per pixel). Comparisons with simulations indicates that the tip surface distance is roughly d2 = 30 nm. Fine white dotted lines are plotted along the direction of the hard disk tracks as a guide for the eye. [1] 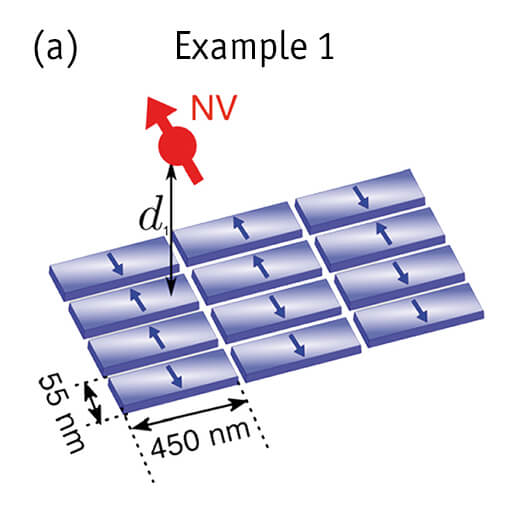 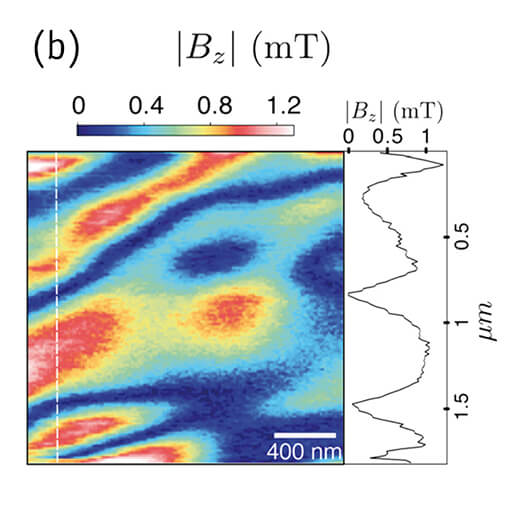 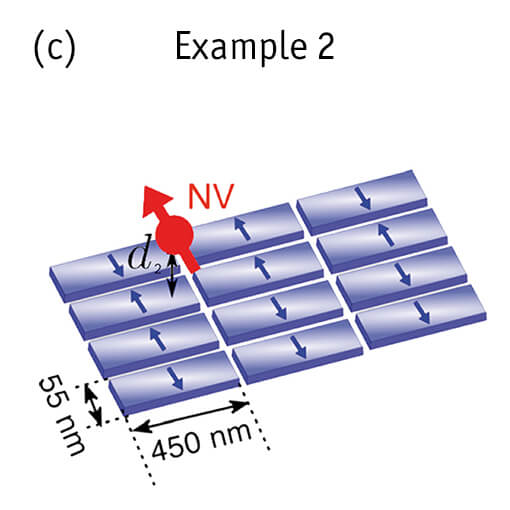 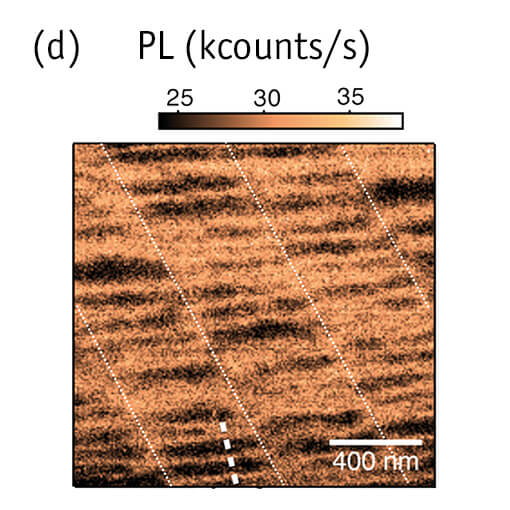 Understanding the microscopic mechanisms of superconductivity could be greatly facilitated by non-invasive tools that allow for quantitative imaging with nanometric resolution over a large range of temperatures and high magnetic fields. Based on the attoAFM/CFM, the group of Patrick Maletinsky (Univ. of Basel) reports on cryogenic measurements using NV center magnetometry. Their technique allows to extract quantitative data on the local magnetic field of individual superconducting vortices in YBCO with high sensitivity and spatial resolution. By determining the local London penetration depth, they find that the so called Pearl-vortex model explains the data much better and allows for fitting of additional parameters than the standard monopole model. Their experiments constitute an impressive example for how far the practical use of the NV center based magnetometry tools has already evolved. 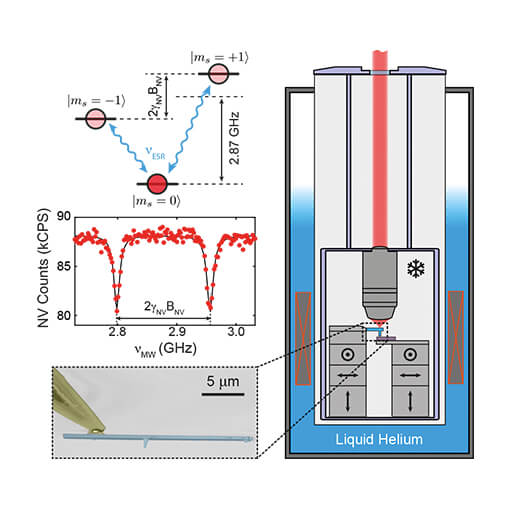 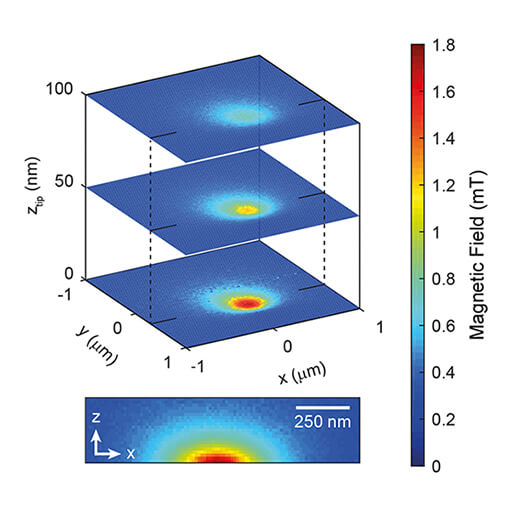 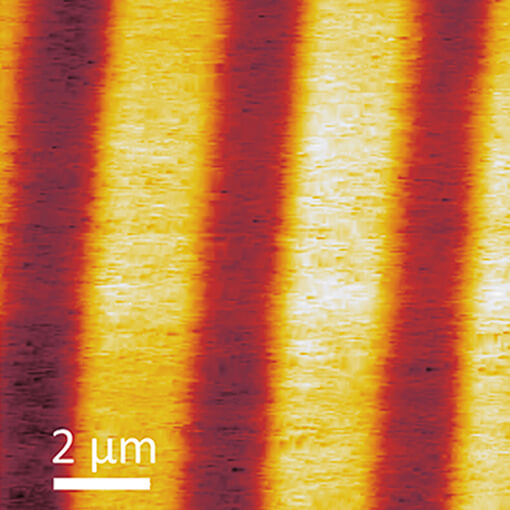 The presented data was taken with a mk-compatible version of the attoAFM/CFM mounted on a toploading insert of a Leiden Cryogenics closed-cycle dilution refrigerator. The sample temperature was 60 mK during an AFM scan with a speed of 400nm/s. The images nicely demonstrates that the delicate microscope works very well even under these extreme conditions.

This measurement was realized with the attoAFM/CFM.