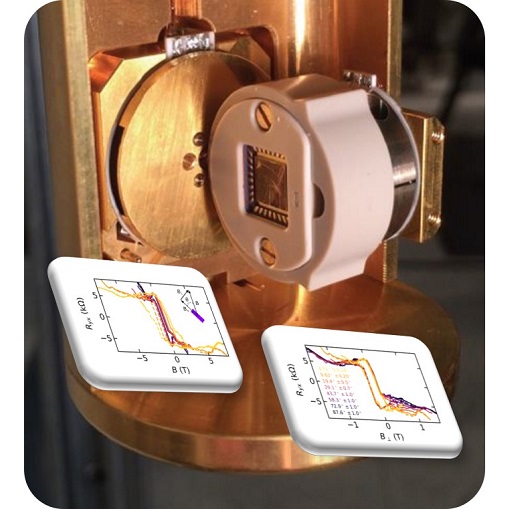 Van der Waals heterostructures, particularly in the form of magic-angle twisted bilayer graphene (tBLG), are one of the hottest topics in today's solid state physics research. Previous measurements on tBLG already indicated ferromagnetism and Chern insulating behavior as deduced from a large hysteretic anomalous Hall effect which was subsequently confirmed to be quantized. A. L. Sharpe and co-workers now experimentally showed via transport measurements that the ferromagnetism in tBLG is highly anisotropic, strong evidence for an orbital rather than spin origin of ferromagnetism, something never before observed at low magnetic field.
For their measurements, the group mounted a sample of tBLG encapsulated in boron nitride flakes onto attocube's atto3DR double rotator, working at electron temperatures down to less than 30 mK facilitated by careful filtering, and in magnetic fields of up to 14 T. A dedicated in-situ calibration of the tilt angle using the Hall resistance allowed for accurate control of the exact in-plane and out-of-plane orientations during their experiments.

Due to the arbitrary orientation inherent to self-assembled materials on the substrate, typical characterization techniques such as magnetoresistance measurements conducted at cryogenic temperatures greatly benefit from the possibility to freely change the mutual orientation of external magnetic field and sample. Although this is easily possible e.g. by using a 3D vector magnet setup, the associated costs (>> 100 k$) are often prohibitive. Single axis sample rotator setups on the other hand not only require choosing either an out-of-plane or in-plane configuration prior to cooldown, but also put firm restrictions on certain measurements which rely on a precise orientation of the field e.g. perpendicular or parallel to an initially unknown direction along a sample structure. The perfect solution to such applications is attocube’s 3-dimensional rotator atto3DR.
Similar to a recent publication by C. H. Butschkow and co-workers from the group of Prof. Dieter Weiss (Univ. of Regensburg), magnetotransport measurements on individual GaAs/(Ga,Mn)As core-shell nanowires (top figure) have been conducted.
The center figure shows magnetoresistance at 5 T as a function of the angle between externally applied magnetic field and the nanowire axis for different rotation planes: (orange) in-plane rotation, referring to the SiO2 substrate plane, (green) out of plane (perpendicular) rotation with the long nanowire axis (typically 4 µm long and 100 nm in diameter) entirely in the rotation plane, and (blue) out of plane (transversal) rotation with the rotation plane transversal to the nanowire axis.
The bottom figure shows the normalized magnetoresistance as a function of the angle between externally applied magnetic field and the nanowire axis for various magnitudes of the external magnetic field. 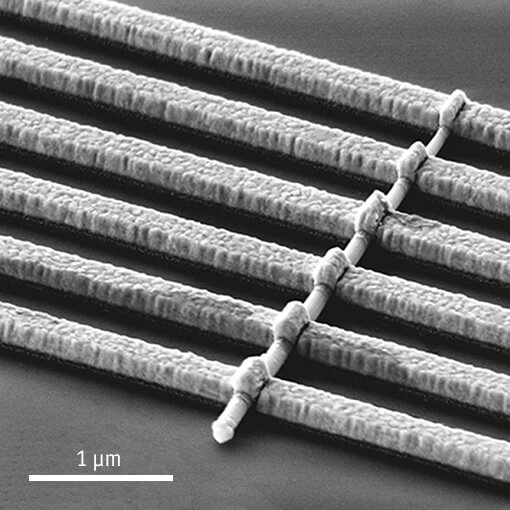 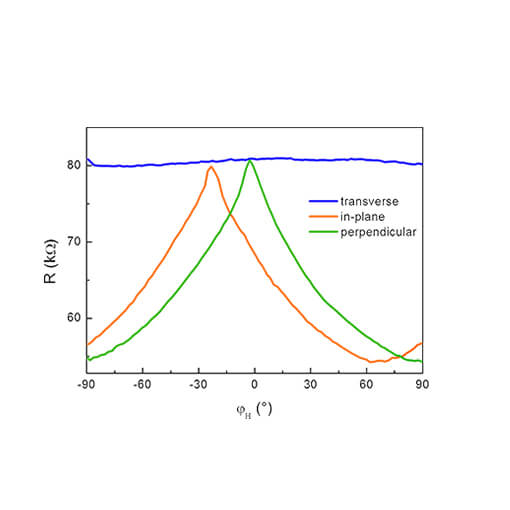 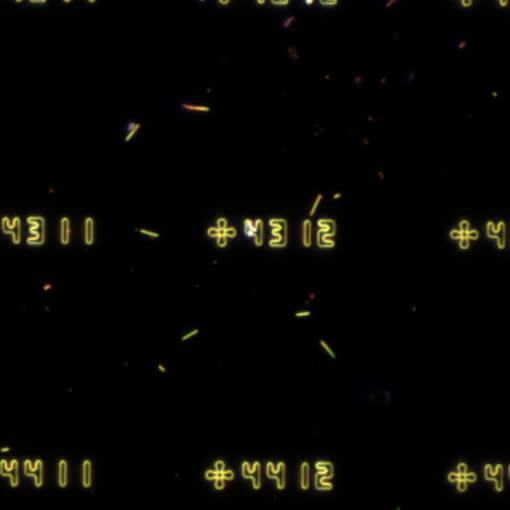 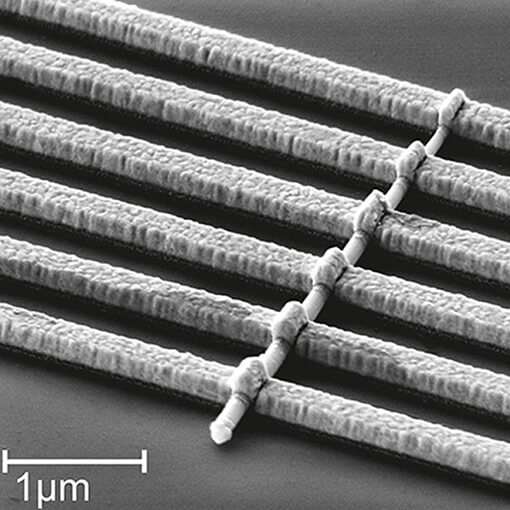 Magnetoresistance of self-assembled GaMnAs based nanowires

The relatively new class of self-assembled ferromagnetic nano­wires could potentially be used for producing e.g. one-dimen­sional spin valve transistors or ferromagnetic single electron transistors, while maintaining a high flexibility in the choice of material as well as the axial and radial degrees of freedom. Due to the arbitrary orientation inherent to self-assembled materials on the substrate, typical characterization tech­niques such as magnetoresistance measurements conducted at cryogenic temperatures greatly benefit from the possibility to freely change the mutual orientation of external magnetic field and sample. To avoide an expensive 3D vector magnet the atto3DR, a 3-dimensional rotator offers a good a reliable solution for transport measurements which is in particular interesting in the field of mesoscopic physics at cryogenics.

Further reading:
Magnetoresistance of self assembled GaMnAs based nanowires detected with atto3DR 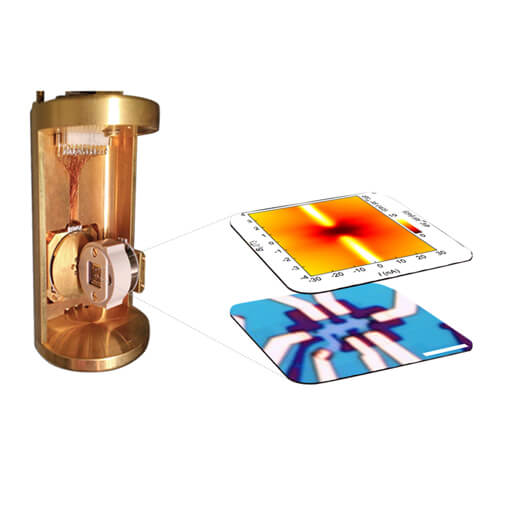 Understanding the mechanism of high temperature (high Tc) superconductivity is a central problem in condensed matter physics. Van der Waals heterostructures provide novel materials as model systems for quantum phenomena. An international collaboration (Berkeley, Stanford, Shanghai, Tsukuba, Seoul) reports in Nature signatures of tunable superconductivity in these special heterostructures, detected via a sharp drop in the resistivity and a plateau in the I-V curve below 1 K.
The transport measurements are performed in a dilution cryostat with a base temperature of 40 mK achieved through careful filtering. For in-plane measurements, the atto3DR double sample rotator was used, which conveniently allows for using the full field of a single solenoid in an arbitrary orientation. The authors find transitions from the candidate superconductor to Mott insulator and metallic phases, proving that the TLG/hBN superlattice provides a unique model system to study the triangular Hubbard model and its relation to unconventional superconductivity as well as potentially novel electronic states.